If your car is fairly new, chances are that it has at least one serpentine belt that utilizes belt tensioners. Tensioners are used to keep the belt at a certain tension and adjust for the movements of both the belt and the engine. Without them, belts are more likely to slip, overheat, or possibly break. Belt tensioners make it easier to remove and replace the belt as well. Like any other engine part, tensioners can occasionally go bad. When it does, your car be at risk for additional problems with other components that depend on that belt to power them. If the bad tensioner supports a timing belt, then you are at risk of having a belt failure that may be catastrophic depending on your car's make and model.

Symptoms of a bad tensioner

While your engine is running, there shouldn't be any noise coming from the belts and tensioners at all, so one of the first signs that something is wrong is hearing a lot of noise coming from the belt areas. Noises may include squealing, clicking, tapping, or rattling. If the bad tensioner is one that affects the timing belt, the noises will increase and decrease depending on engine speed. If it's an accessory belt tensioner, the sound will increase and decrease as accessories, such as the air conditioner, defogger or even the headlights, are turned on or off. Noise may be more obvious when the engine is cold.

What your mechanic will check for and repair

When you bring your car to your mechanic, he or she will do a further investigation and look at wear and tear on your belt and the tensioners themselves. The other pullies and components will also be checked in order to rule out additional issues. Your mechanic will then replace the affected tensioners and may also replace the idler pulley depending on its age and wear. The belt will, most likely, need to be replaced because it will have excessive and/or unusual wear caused by the bad tensioner.

If your tensioner is rattling or you hear your car's belt squealing, then you might want to take it in to the shop to have it checked out. A bad tensioner can lead to a possibly broken belt which can cause various components to stop working. If it's a timing belt tensioner, a broken belt will cause more serious damage. Your mechanic, one like Professional Automotive, has the special tools and training to efficiently remove and replace that tensioner and any other related components and get you on your way again. 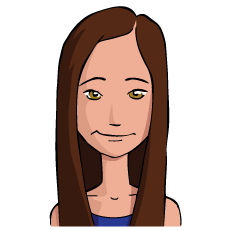 Hi there, my name is Patrice. Welcome to my website. I am here to discuss all of the different types of automotive services shops provide today. Modern automobiles require much more than a simple part removal and replacement procedure to run right after component failure. Most modern vehicles feature a ton of high tech equipment that requires software tweaks and updates to run right. I hope to explore all of these components and repair procedures in more detail on this site. I welcome you to visit often to learn all you can about this important topic. Thanks for visiting my site.